Gerald and Lucille Garmon bought a small parcel of land on the shores of Buggs Island Lake in 1961. It's probably about a tenth of an acre.

On Thu Jul 21, LoraKim and Meredith, visiting LoraKim's brother, Mark Joyner, in Chatham, VA, phoned a real estate agent in Mecklenburg County, Virginia, for help in locating the plot. The agent directed us to mecklenburg.gis.edsu.com where parcels within Mecklenburg County could be looked up by owner. We found the Lucille and Gerald Garmon plot, along with an estimate of its current market value: $2,000.

Below are a series of screenshots from that website, gradually zooming in on the Garmon plot, #009, which is at the center of each picture. By the 7th or 8th picture a small blue dot, representing the property, begins to be visible.

On Fri Jul 22, LoraKim and Meredith, along with Mark, and Yency and Evelyn Contreras, drove out to look at the property. Not much to see. Just woods, surrounded by woods. There were a few run-down and apparently abandoned houses (at plot 012-013 and plot 006), and an evidently inhabited and well-maintained house at plot 023. We knocked on the 023 house and spoke with the owner, who told us that he'd bought several adjacent plots. He didn't think it would be possible to build on just one plot such as 009 because adding a well and a septic tank would be necessary and would exceed the size of just one plot. 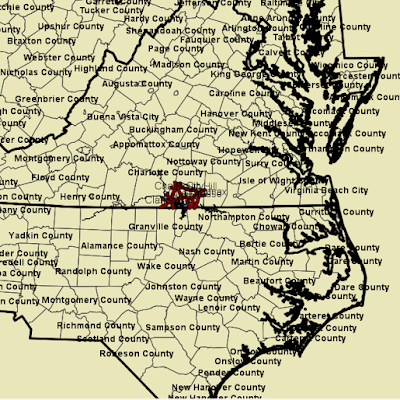 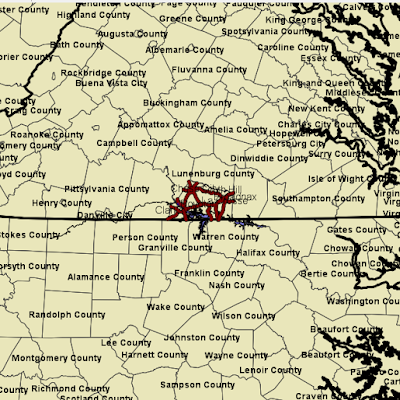 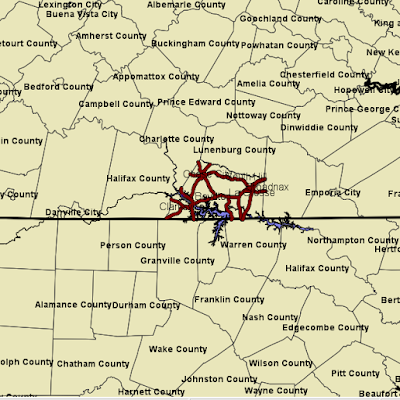 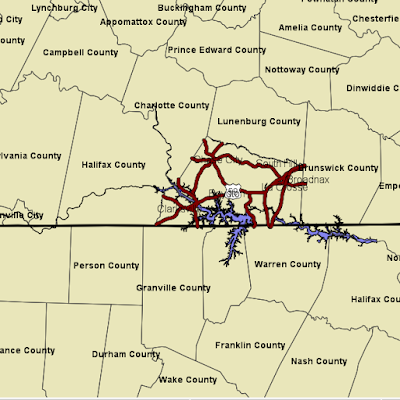 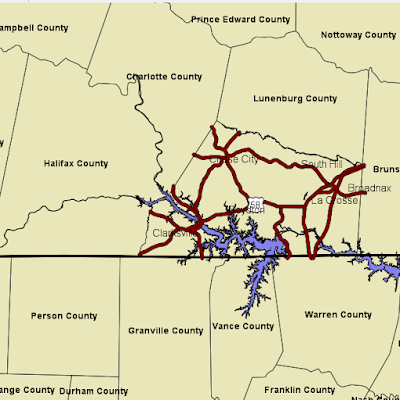 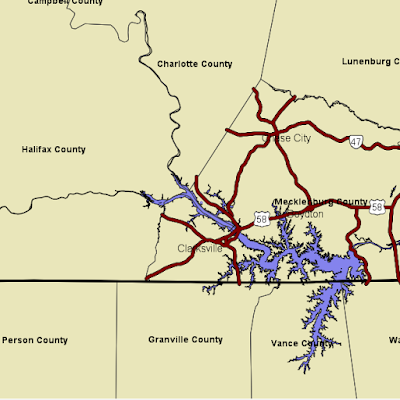 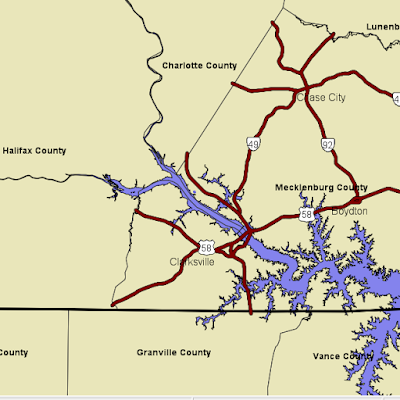 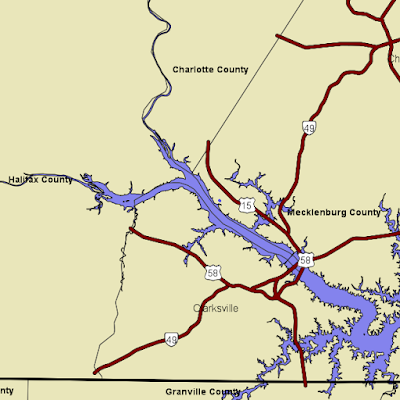 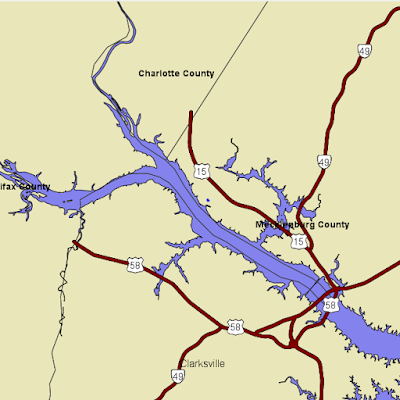 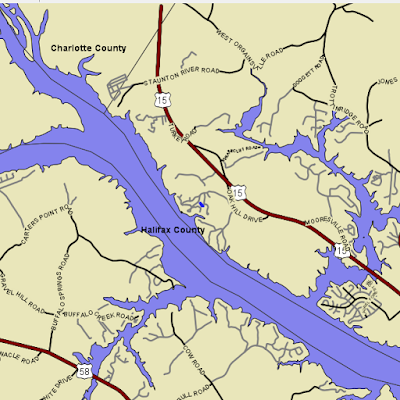 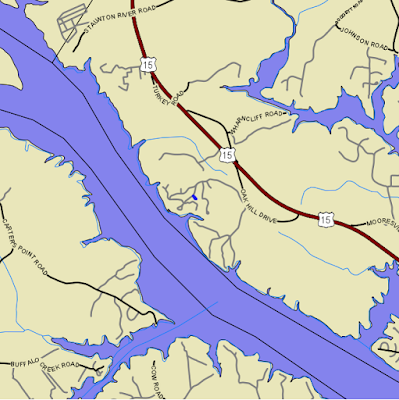 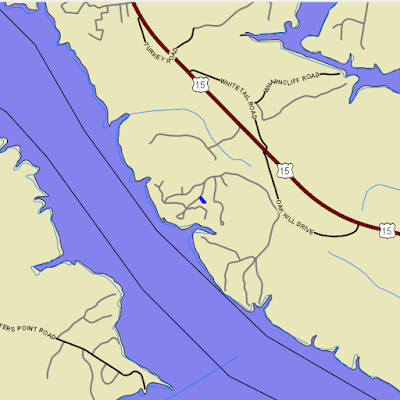 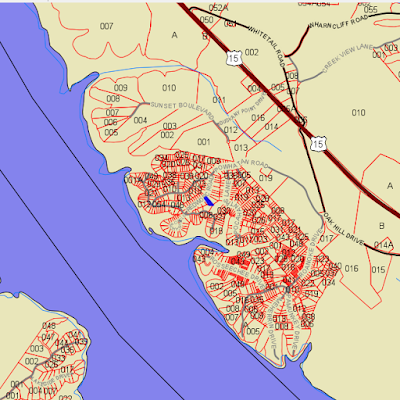 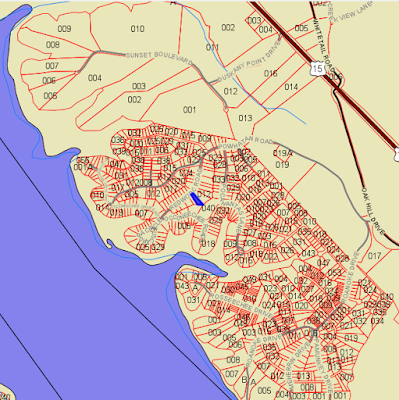 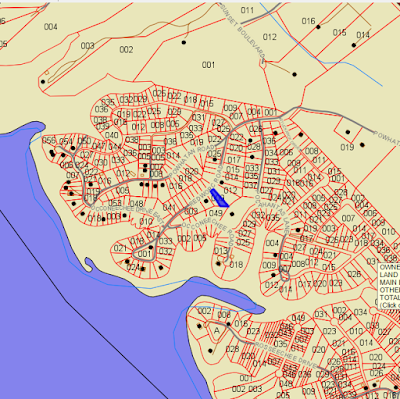 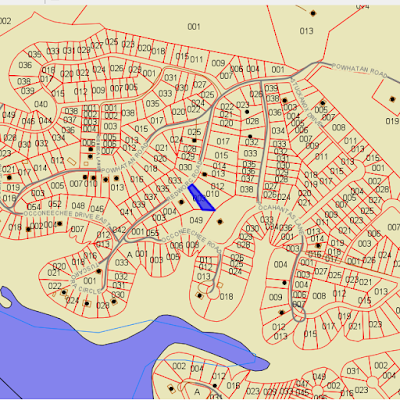 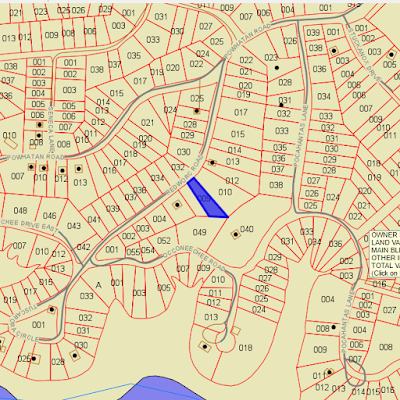 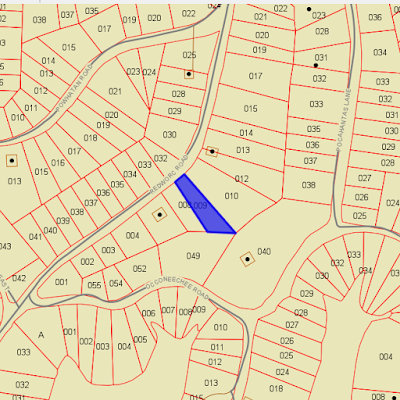 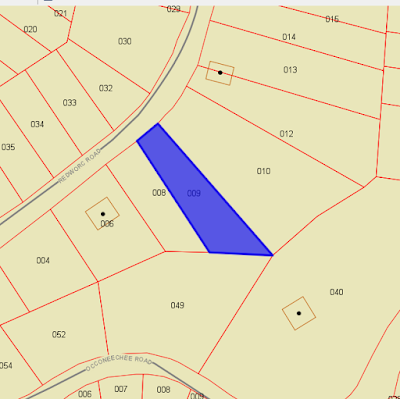 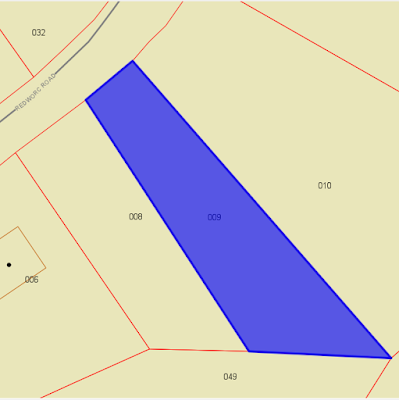 Posted by Meredith Garmon at 15:13 No comments:

Posted by Meredith Garmon at 09:07 No comments: